A Geographic Information System (GIS) is defined as a collection of hardware, software, and geographic data used for capturing, managing, analyzing, and displaying all forms of geographically referenced information. A complete GIS also includes the operating personnel and the data that is used in the GIS

Spatial features such as roads, taxlots, and lakes are stored in a GIS utilizing a coordinate system (latitude/longitude, stateplane, UTM, etc.) which references each feature to a particular place on earth. Attributes in tabular form (databases) can be associated (linked) with each feature. Different features that are in the same coordinate system can be layered together to create maps and perform spatial analysis.

Klamath County has been utilizing GIS since 2000. Taxlots were carefully digitized from existing paper taxmaps. Attribute data from the Assessor’s database is extracted and linked with the digitized taxlots to provide a parcel base used by the county, private individuals and businesses, and other government agencies. Klamath County currently provides a copy of its taxlot GIS data with selected attributes for $150.

Klamath County has recently (2005) begun the process of remapping all taxlots within the county to a much higher level of accuracy. With the support of the Oregon Department of Revenue, Klamath County is in the first phase of four to rebuild the county’s taxlots utilizing the legal / surveyed taxlot dimensions. The ORMAP (the Oregon Map) project will develop a statewide property tax parcel base map that is digital, publicly accessible, and continually maintained. Klamath County’s re-mapping is currently scheduled to be completed by the end of 2020. All Klamath County taxmaps are also available online for viewing and printing. To access the maps or for more information on ORMAP go to ORMAP. 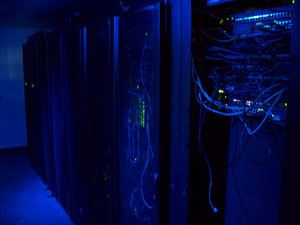